I tried something crazy.  I sewed and made my own stuffed robot.  I guess my exceptional craftsmanship with the tote bag inspired me.

I know it's hard to believe, but I made this!  (Stop snickering--it does not look like a 6-year-old made it!) 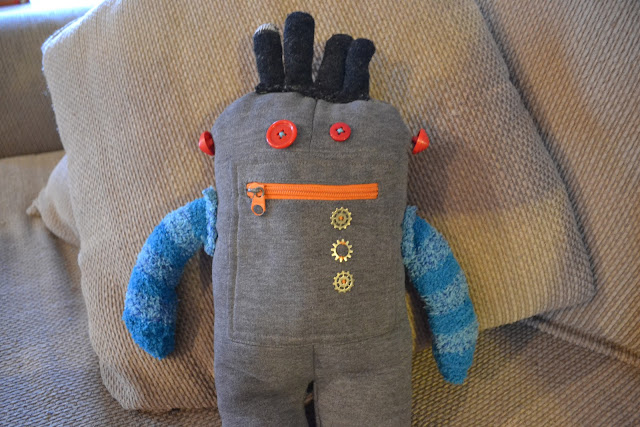 I used some old sweat pants (with orange cargo pocket) my boys had outgrown. I then cut out the body and legs, etc. and sewed the whole thing by hand inside out. I added cut up fuzzy blue socks for arms and some glove fingers for the hair.

The best part is that his mouth opens so you can hid stuff in him!  Woo-hoo! (One of my boys kept putting random things in there and having the robot puke them out.  Boys.)

My second oldest has named him Crash and deemed him his now. The only problem is he keeps calling him a monster or a chicken. I have to keep telling him it's a robot . . . obviously! 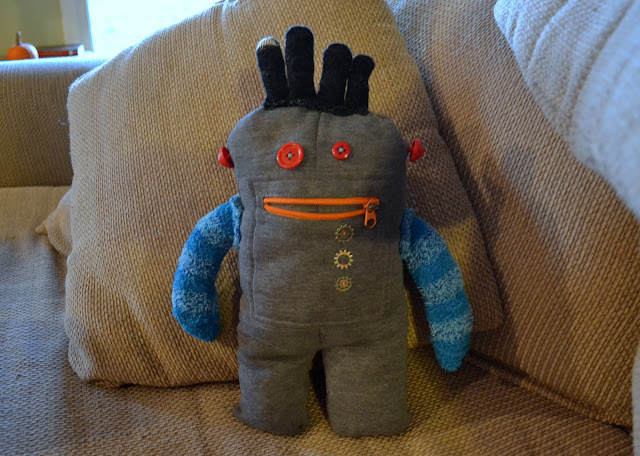 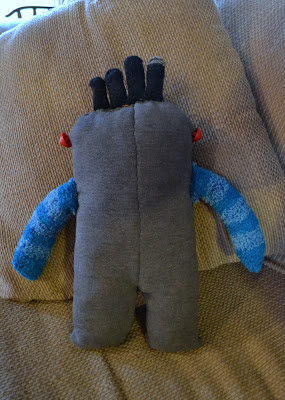