Warning: This is Awesome

Cine-Bot has made a brief appearance here on the blog before, but now he is officially completed and ready for adoption.


Some people claim to be film aficionados, but Cine-Bot takes it to a whole new level. Sitting in his custom-made movie seat, Cine-Bot is ready for the latest feature to start.

In a former life, his head was meant to be attached to movie projectors to allow a manual fade in or fade out to the movie film. I'd say in this case "nature" won out over "nurture," although his parents brought him up on all genres of film. Personally, Cine-Bot has a weakness for John Hughes 80's movies, but who doesn't?

Provided you're a movie lover, Cine-Bot is happy to let you store a little movie popcorn in his silver body and flip his switch to fade in and out your own scenes.

Bonus: If you sit behind him, don't worry--you can ask him to open his eyes wider so you can see the screen through him. 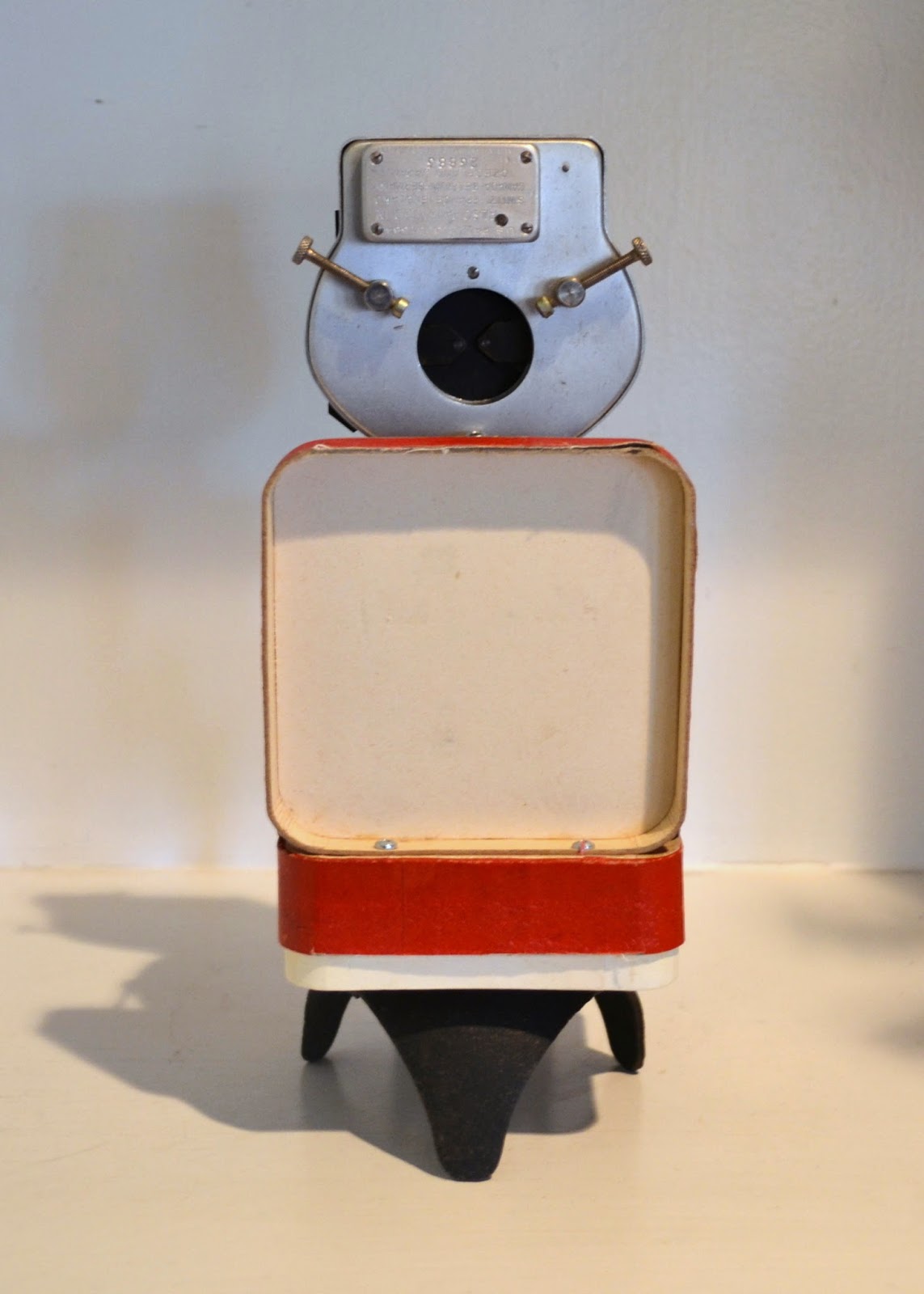 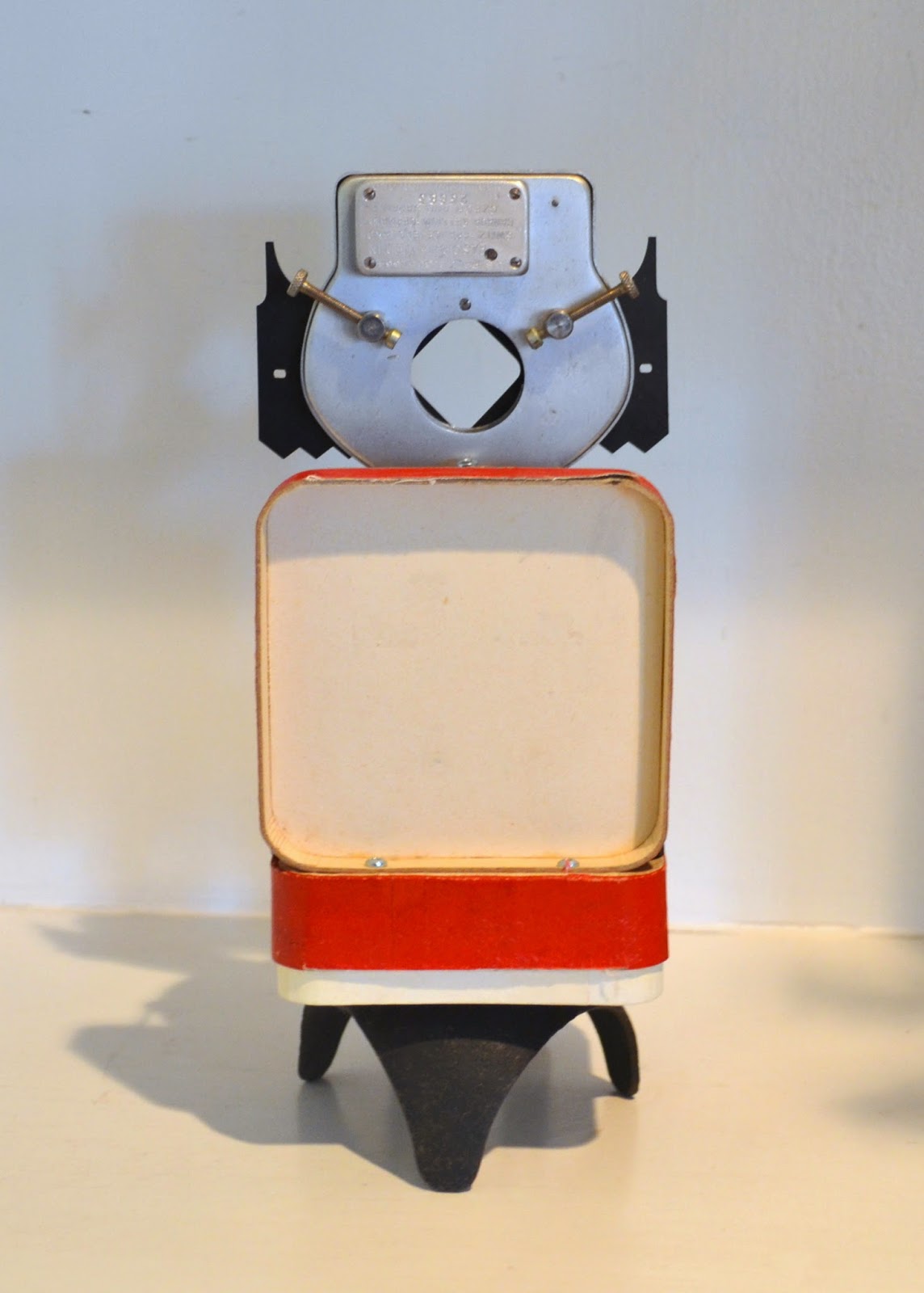 Watch him in action here!


Reassembled using a Cine-Fade head, silver container body, typewriter part arms, and handle legs. His chair is made using the original Cine-Fade box with added domino armrests and a candlestick base. Approx. 9 1/2" tall, 3 3/4" wide, and 4 1/4" deep.