The Five Stages of Grief

After 365 days of robot-single-mindedness, I fell hard.

It wasn't pretty, and it wasn't even original.  Those five stages of grief?  I slocked my way through them all.

DENIAL.
Seriously?  Was it really over?  But . . . but. . . I can't just stop making robots.  Like an addict, I found Day 366 meant another robot, and then another the next day.  I simply didn't post them. No one had to know, right?  Because it couldn't really be over. 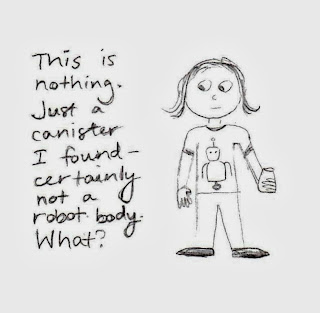 ANGER.
So, hey, why don't I find something that gives me purpose and creativity and satisfaction, then just stop because--lookie here, it's Day 365, and that's the magic number. Well, thanks a lot, Mr. Noah Scalin.  You got me hook, line and sinker, then let Day 365 march in and pee all over my artistic fire.  I did all that for what?  This feeling of emptiness? 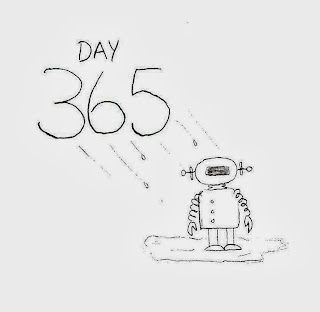 BARGAINING.
So what if . . . what if, I just kept going?  An infinite number of robots are in me somewhere, I just know it.  Let's pretend that whole Day 365 doesn't really mean anything, and I'll keep creating, and the world will cease to consider the concept of completion viable. 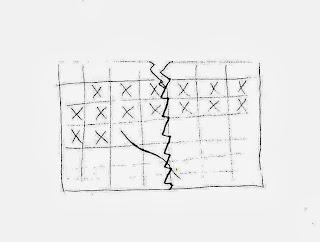 DEPRESSION.
It's over.  I can't possibly do another whole year of robots.  I'll just fail.  Besides, what's so great about a second year?  It's nothing.  Meaningless.  The newness, that farm-fresh feeling, is gone.  Robots, shmobots. 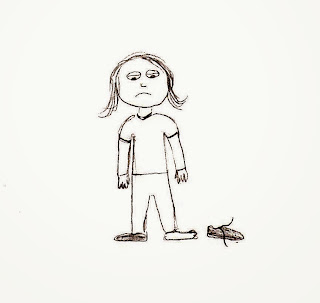 ACCEPTANCE.
But at long last, I've pretty much come to terms with the inevitable end of such a great year.  When I started, I never thought I'd make it a full 365 days, so I'm proud of what I've done.  I'm still creating, and, although I don't have that same daily sense of accomplishment, I'm here.  Still drilling.  Still bolting.  Still drawing. 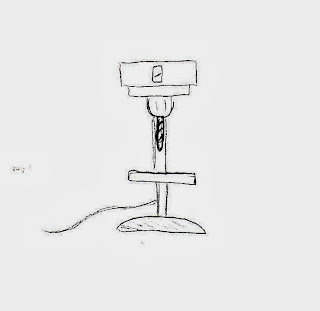 And maybe, just maybe, I'll keep posting robots, even if it's not every day.